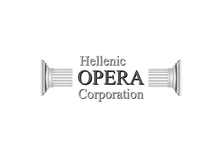 ​Opera Studio Skull of Yorick Productions (SOYP)
started in September 2013 in Thessaloniki
in order to put young opera singers
on the operatic stage.
The objective of the opera studio is to assist aspiring artists to full professional status through training but, more importantly through practical experience.
The Opera Studio started out by the need of Greek opera singers to gain stage experience and try out main roles
in a friendly and supportive environment.

How does it work?
Participants are picked after an audition
(live or by sending a video)
which is announced  some months before each
project  on our websiteas well as on social media
(such as Facebook or Twitter).
The artists chosen will be asked  to sign
a contract  with the Hellenic Opera Co.
Rehearsals last for about 2 weeks
and take place in Greece.  We don't cover travel expenses
or accommodation, but we do
help/ guide  artists to find low cost and comfortable accommodation.

Opera Scenes or fully staged operas - depending on the voice types and level of the students- are rehearsed and presented in local Greek theatres (such as Odeon Ancient Roman Forum Thessaloniki, Thessaloniki Concert Hall a.o).  Furthermore, participants of the Opera Studio are often given have the possibility  to partake in running and future professional productions of the company, for which they will be treated as equals and will receive full pay* .


​FEES
We try to keep the fees as low possible and give scholarships if needed
to artists who show extraordinary talent but cannot afford to pay fees.
​


​* Ex-members of the Opera Studio  that have participated in
professional productions of HOC: